Magic in the Gardens | The Miami Moms

Have an event we should know about? Please Contact Us

Magic in the Gardens 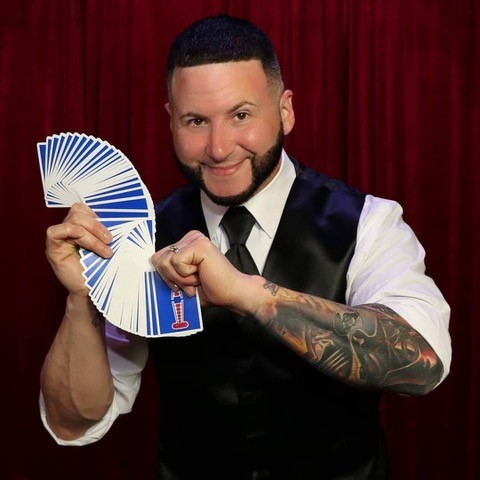 Admission: Adults $15, Children $10
Join Magic Jack Maxwell for an interactive afternoon of laughter and mind-bending entertainment. Jack Maxwell, known professionally as “Magic Jack,” is a master magician who performs throughout the entire United States and abroad. As audience members become part of the show each performance becomes uniquely crafted to create a one-of-a-kind experience for everyone in attendance. He first uncovered his passion for performance when he was only seven years old, committing himself wholeheartedly to developing his act. Landing a job at a magic shop when he was eleven, he found ample opportunity to build a stage presence and by the time he was in high school, he had found his voice, characterized with humor and showmanship. When he’s off-stage you can find Magic Jack training the next generation of magicians in his magic camp and performing for blue-chip companies such as GE, Coca-Cola and Lionsgate Entertainment.

Stay up-to-date with what is happening in-and-around the Miami Moms community with local events, community highlights, and exclusive deals.

You have Successfully Subscribed!